Skip to content
Home > Project areas > The Island of Lanzarote

The Island of Lanzarote

(description taken from a text by the Government of the Canary Islands)
Lanzarote covers an area of 864 km2 and is the fourth largest island in the Canaries. Seven SPAs have been designated there, most of which are of interest for the preservation of the Egyptian vulture, known locally as the “guirre” (Neophron percnopterus majorensis). They cover approximately 46,619.05 ha, that is to say about 53% of the area of the island and neighbouring islets. 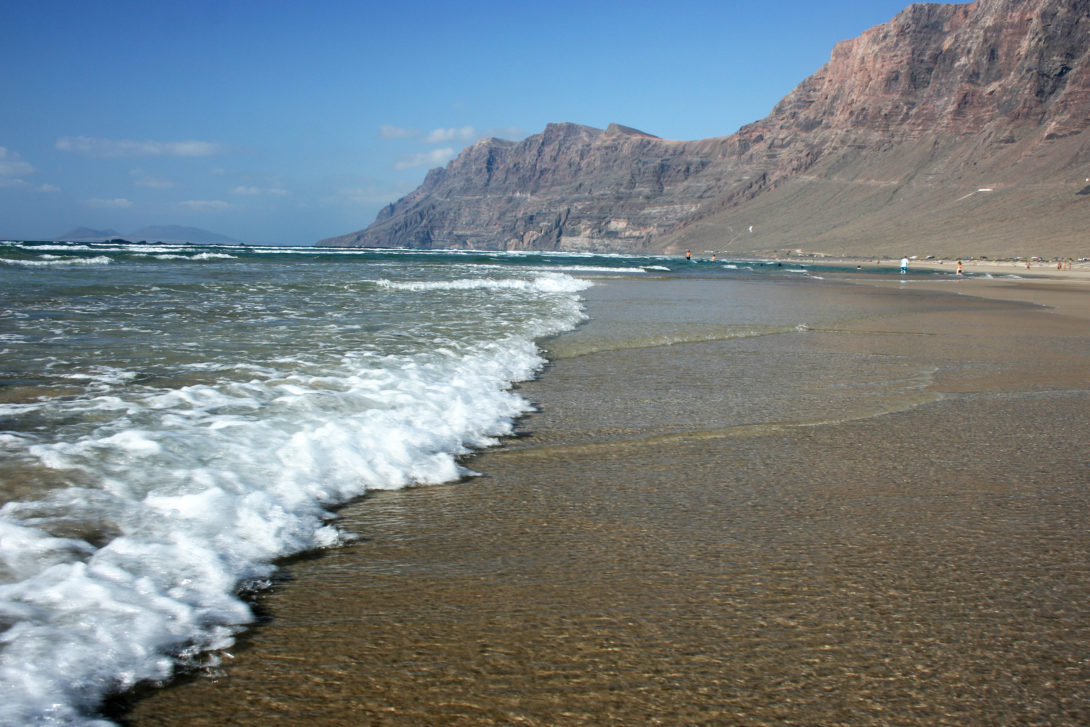 Furthermore, 11 Special Areas of Conservation (SACs) have been declared in Lanzarote, occupying 27,068.04 ha – approximately 31% of the surface of the island and of the islets.
The island has been classified as a UNESCO Biosphere Reserve since 7th October 1993, totalling 122,610 ha – 84,810 ha of which is on land and 38,000 ha of which is at sea.
On Lanzarote there are 12 areas of the Canary Network of Protected Natural Spaces, which cover 30,473.9 ha (35% of the surface of the island and the islets): An integral nature reserve, two natural parks, five natural monuments, two protected landscapes and two sites of scientific interest. Of great interest is the Timanfaya National Park (5107 ha), the only one of the Spanish national parks with an eminently geological character, an example of recent and historical volcanism in the Macaronesian region.
Most of the territory of the island extends below 200 metres above sea level, with the maximum altitude reached at Peña del Chache, which is 671 metres above sea level. To the north of the island is the Chinijo Archipelago, consisting of five small islands.
Together with Fuerteventura, Lanzarote forms a unique 20-million-year-old volcanic system, separated from the Bocaina strait where the depth of the sea does not exceed 40 metres.
Lanzarote’s landscape is characterised by the contrast between the most ancient volcanic massifs, in which erosive processes predominate, and the volcanic structures originating from the most recent eruptive activity which occurred in the 18th century in Timanfaya. Five clearly differentiated areas can be defined: The ancient massifs of Famara and Ajaches, two recently volcanic areas (La Corona and Timanfaya) and the Jable area. The oldest formations on the island coincide with the northern part of the Famara massif and the south of the Los Ajaches massif, where erosion has dug a drainage network in which the gorges have a typical U shape and the most inaccessible areas on the island are found.
In the northern part of the island, the volcano of La Corona and the lava flows of La Corona, which are 21,000 years old, constitute a major landscape emergence.
The Timanfaya area incorporates all of the volcanic structures that appeared in the 18th century and occupy a quarter of the island, including the Timanfaya National Park and Los Volcanes and La Geria National Park. Essentially, it is a volcanic landscape with little-altered lava cones and fields joined by the ash fields of La Geria, which were used to create a unique agricultural system of vine cultivation.
In addition, El Jable can be found in the central part of the island. It is an area covered with organic sands that generate a very interesting dune landscape of great biological interest.
The climate is characterised by medium temperatures (17–20 °C) – not as hot as those recorded in the most western islands due to the influence of the Canary current; the relative humidity is quite high. Average rainfall is irregular and remains below 200 mm. The constant and regular wind is a characteristic element of the island’s climate.
The current vegetation of the island of Lanzarote is, on the whole, due to anthropogenic changes. The climatic vegetation is represented only by the “tabaibales” of Euphorbia balsamifera (“tabaiba dulce”) which is very abundant on the Corona volcano, and by the remains of wild olive trees in Famara. Vegetal formations spread along the coastal areas and those which colonise the volcanic areas, with the presence of numerous endemisms, are very interesting.
Like Fuerteventura, the island of Lanzarote has poor ecological differentiation, which determines the presence of a relatively small number of species. 2331 terrestrial species have been surveyed, 87.65% of which are native. Of the native species, 478 are endemic to the Canaries and 104 are endemic to the island (78 arthropods, 14 molluscs, 11 vascular plants and a lichen). Arthropods are the group with the highest number of species (1339), followed by vascular plants with 13 species of ferns and 420 phanerogams (57 endemic to the Canaries) and, finally, by fungi with 221 species.
41 species of breeding birds have been counted in Lanzarote; 18 in La Graciosa, 20 in Alegranza, 15 in Montaña Clara, 7 in Roque del Este and 6 in Roque del Oeste. Among them are the species of the steppe areas associated with the sandy and rocky xeriche plains that occupy a large part of the island, where it is possible to find important populations of species such as the Canarian houbara (Chlamydotis undulata fuertaventurae), the Cream-coloured courser (Cursorius cursor), the Eurasian stone curlew (Burhinus oedicnemus) and the Trumpeter finch (Bucanetes githagineus).
The wall and cliff birds also constitute a well-represented group on the island, which includes the Kestrel (Falco tinnunculus), the Barbary falcon (Falco pelegrinoides) and Eleonora’s falcon (Falco eleonorae). The ornithological importance of the area is completed by the high number of migratory or wintering birds that can be seen in the islets north of Lanzarote.
Together with Fuerteventura, Lanzarote is the only island in the Canaries that is home to (with about six reproductive territories recorded in 2017) the endemic subspecies of Egyptian vulture locally named “guirre” (Neophron percnopterus majorensis), which has disappeared from the other islands in the archipelago. 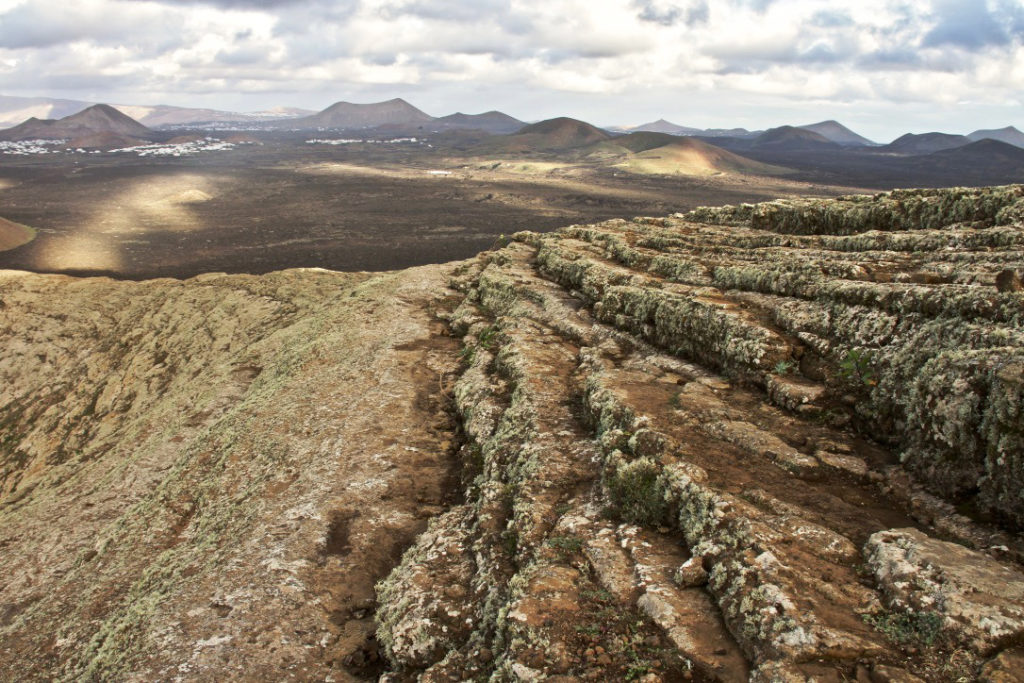