The Egyptian vulture in Europe

The Egyptian vulture can be found in Southern Europe, Africa, the Middle East, Central Asia and India. The European population, found around the Mediterranean basin, has about 3000–4700 pairs (1300 of them in Spain). 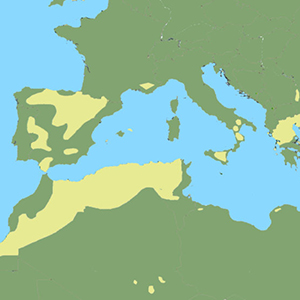 The Egyptian vulture is considered a “threatened” species in the Red List of Threatened Species (IUCN) because the world population is undergoing rapid decline: -50% in Europe in the last three generations (42 years), -90% in India in the last ten years.
The main threats affecting the species in Europe are poison (in bait or poisoned carcasses), electrocution, collision with wind turbines, habitat changes, disturbance at nesting sites and poaching.