The LIFE Egyptian vulture project is being carried out in southern Italy (Apulia, Basilicata, Calabria and Sicily) and in the Canary Islands, Spain (the islands of Fuerteventura and Lanzarote). 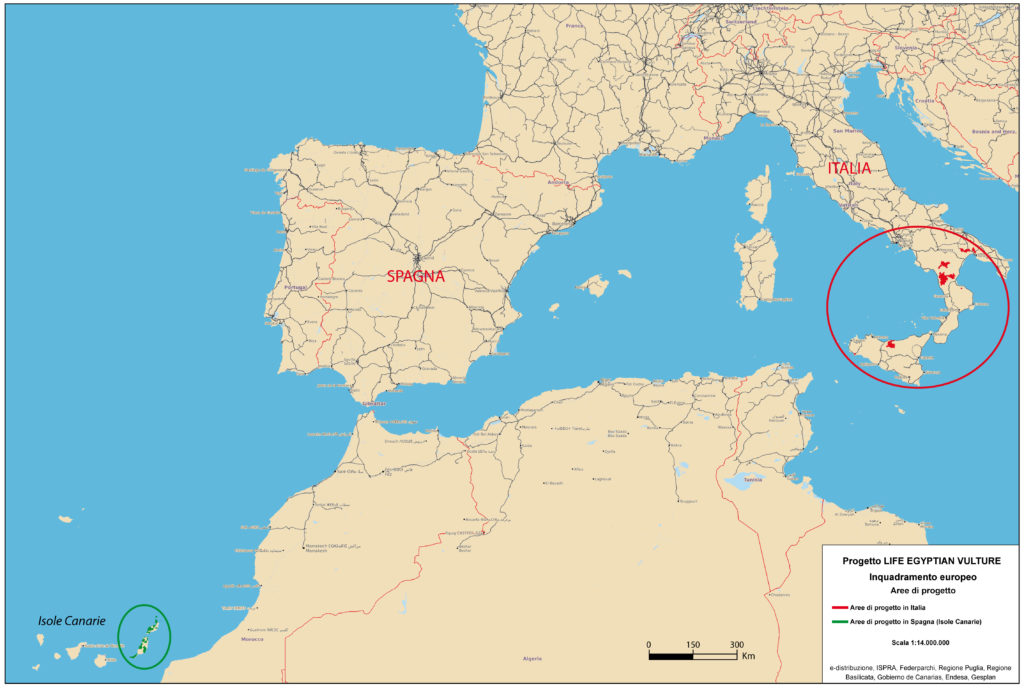 In the Canary Islands, the project is being carried out on the island of Fuerteventura (where there are nine SPAs) and on the island of Lanzarote (which has seven SPAs). These are the most easterly islands in the Canarian archipelago, and the only two where the Egyptian vulture is currently nesting.