The project area is represented by a landfill of solid urban waste, now abandoned, which constituted a stopping and feeding point for many migratory birds when it was still in operation (2015). The area is located in the Municipality of Campobello di Mazara (TP) in western Sicily, and partially falls within the SPAs of Laghetti di Preola and Gorghi Tondi, Sciare di Mazara and Pantano Leone (1652 ha), located between the towns of Mazara del Vallo and Campobello di Mazara. 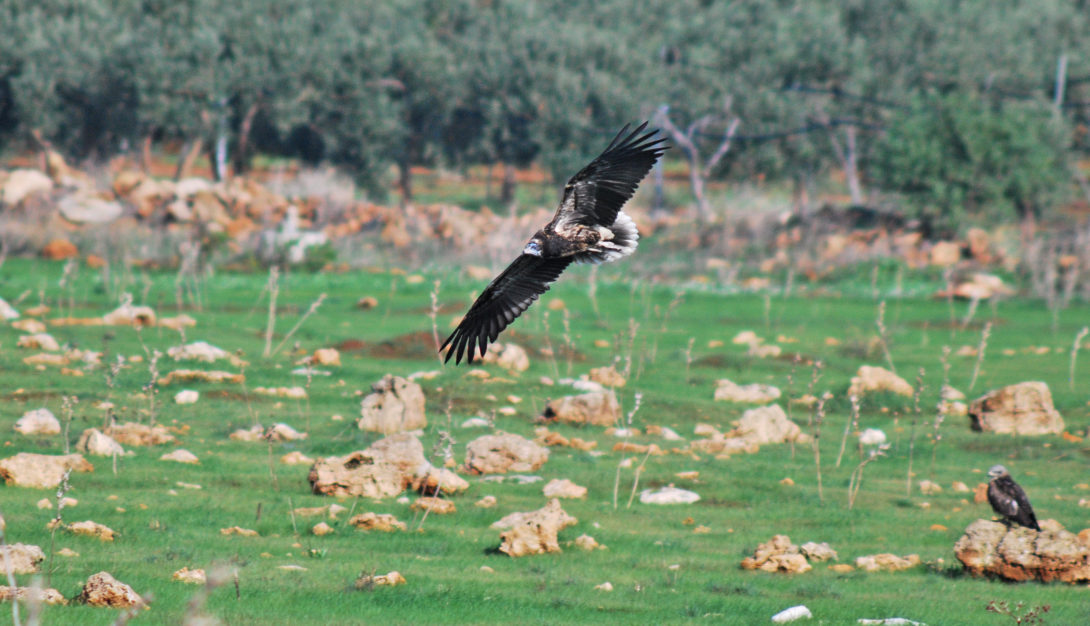 The SPA is characterised by a flat and semi-desert area that is part of a calcarenite plateau locally known as “Sciare di Mazara”. Within it there are a complex of ponds (gorghi) fed by ground water; these therefore have a low degree of salinity, which creates a precious retro-coastal lake complex. The area also has an artificial wetland (Pantano di Leone) which is of great environmental interest. The ponds are visited by many nesting birds.
The SPA is of extreme importance for birds as it is located along one of the main migratory routes which is used by tens of thousands of birds of prey, including Egyptian vultures, to cross the Mediterranean and reach the African continent, and vice versa. Numerous Egyptian vultures, Black kites (Milvus migrans), Marsh harriers (Circus aeruginosus), Montagu’s harriers (Circus pygargus) and White storks (Ciconia ciconia) are seen here during the post-breeding migration period.