Skip to content
Home > News > Lessons from the LIFE Egyptian vulture project: the educational activities carried out in Fuerteventura and Lanzarote (Canary Islands)

Lessons from the LIFE Egyptian vulture project: the educational activities carried out in Fuerteventura and Lanzarote (Canary Islands)

Between the months of January and May 2021, 319 educational sessions were carried out under the coordination of GESPLAN within the sphere of the LIFE Egyptian vulture project with the aim of divulging the naturalistic importance of the birds of the islands of Lanzarote and Fuerteventura and, in particular, that of the Egyptian vulture, the “guirre” (Neophron percnopterus majorensis). During this period, the ways in which the sessions were carried out were gradually modified, thanks to the experience gained, in order to refine the contents and to offer an activity that was as didactic, participatory and enjoyable as possible. These aspects, combined with rigorous information, were developed to achieve the intended educational objectives. 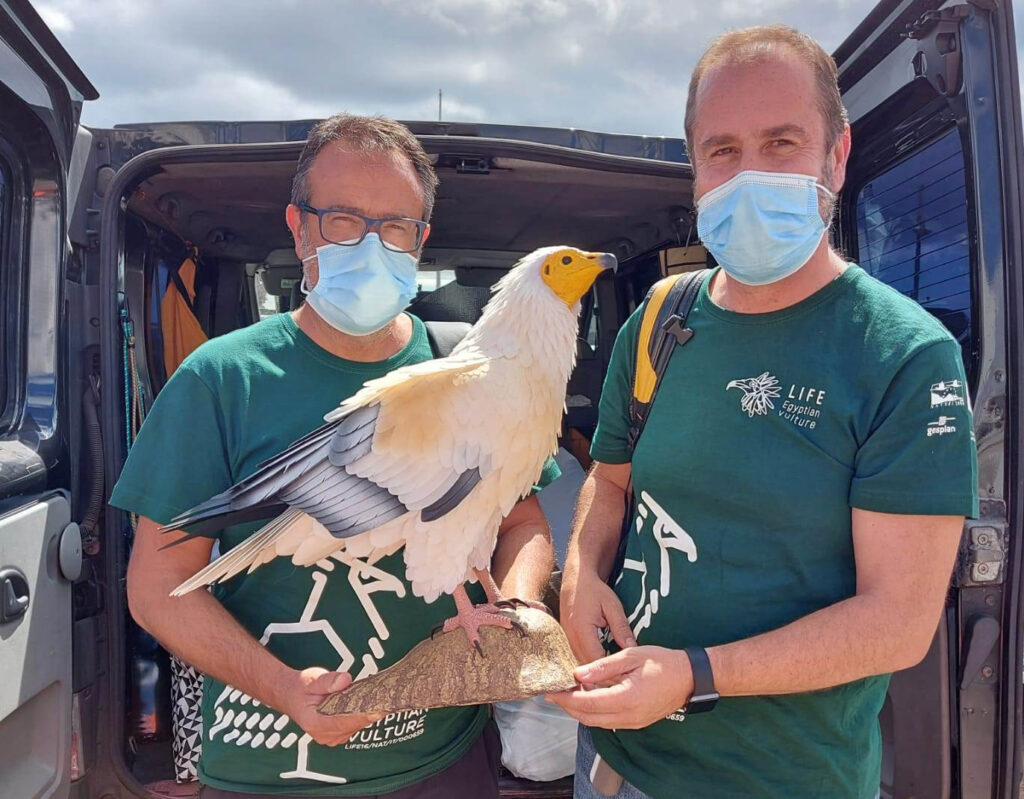 The interventions were supported by a number of elements which facilitated the presentation of the topics, including two life-size models of an Egyptian vulture head, the puppet that is used to explain how an Egyptian vulture chick feed in a breeding centre in order to avoid its imprinting on humans, the large foldable which reproduces a real-sized Egyptian vulture in flight to show its wingspan, the game of “GUIRRE” (designed using the goose game method), the teaching notebook and the album of feathers from different bird species. 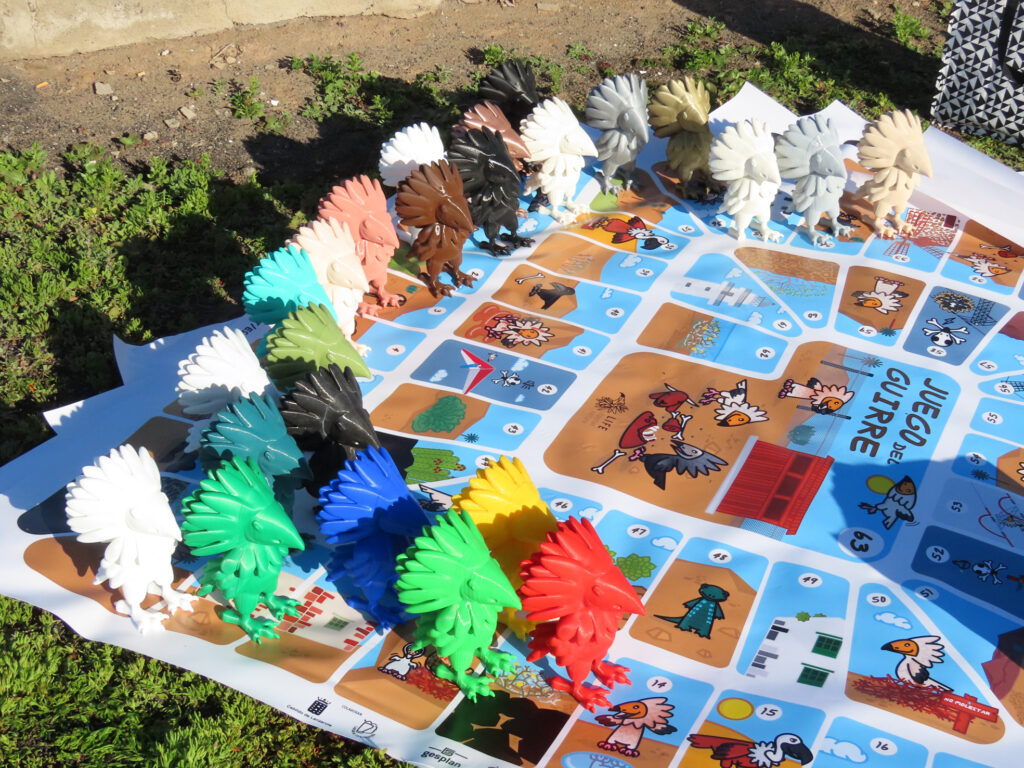 During the activity the pupils learnt about the causes of the reduction of the Egyptian vulture (insecticides, electrocution and poison) and at the same time they received knowledge of history, from the formation and colonisation of the islands with the arrival of man and with him livestock, and probably also the final settlement of the “guirre”, and the difficult life of the inhabitants of the eastern islands before the development of tourism as an economic activity.

It was mentioned also the fragility of the ecosystems of the eastern islands and the importance of curbing naturalised species, whether domesticated animals such as cats or exotic animals.

The activities, carried out by naturalist Francisco Torrents, were supported by the project’s UCA Anti-Poison Dog Unit, which includes two dogs trained to search for poison. Outdoor, around the school buildings, Menta and Duc, accompanied by their handler Álvaro Chocho Ramirez, demonstrated the work of searching for and detecting poison, managing to capture the pupils’ attention completely. 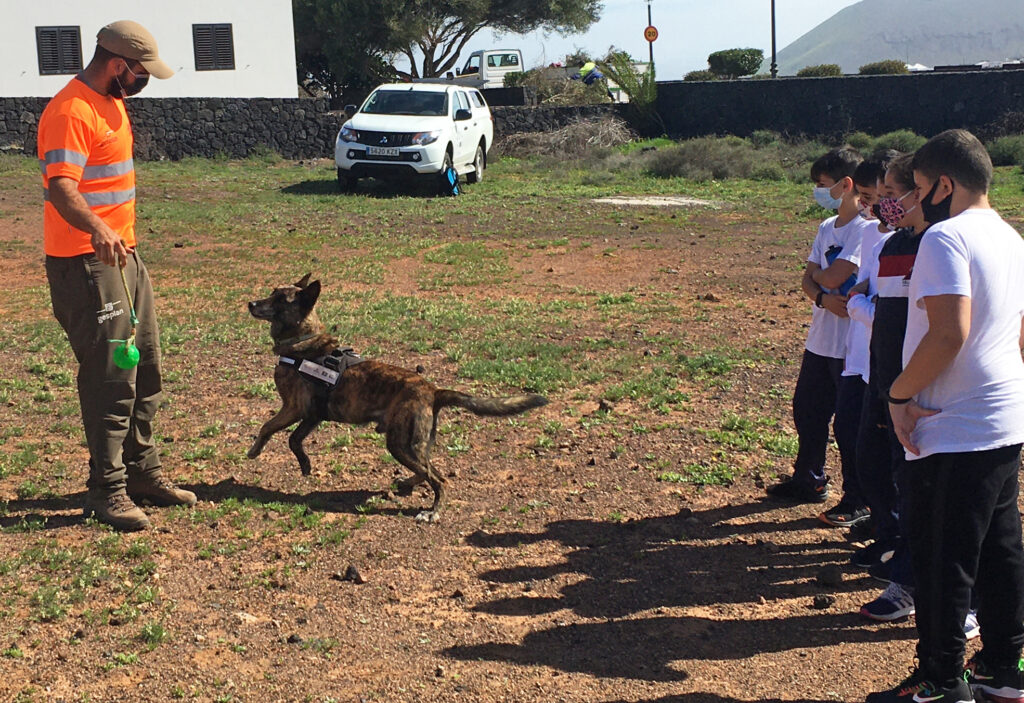 This type of activity shows the importance of environmental education as a support to ordinary education. The arrival at the education centre of a different speaker and the presentation of interesting topics using attractive and participatory communication techniques is a supplement to the school curriculum and at the same time it surprises and involves the pupils, who immerse themselves unreservedly, when given the opportunity, in the mysteries of nature. 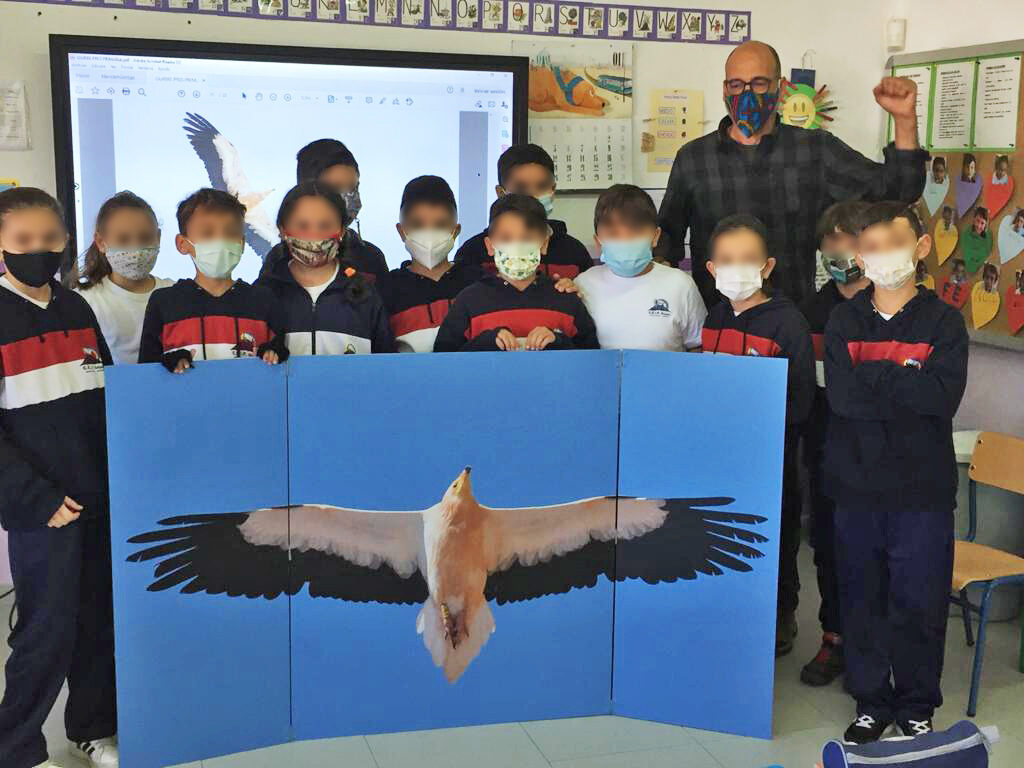 These lessons, which will be repeated in smaller numbers in the 2021-2022 school year, have made it possible to introduce the “guirre”, its biology, its history, its present and its future to more than 3,000 pupils in the fourth year of primary school and in the first year of high school, and to raise awareness of the environmental value of the three eastern Canary Islands. 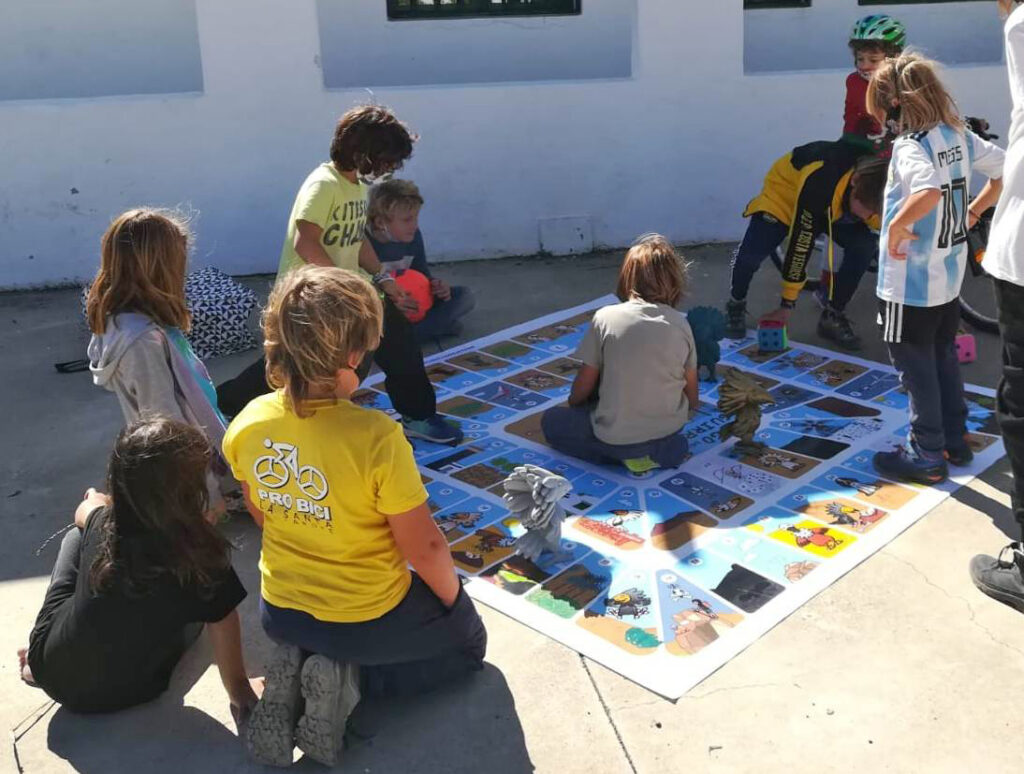